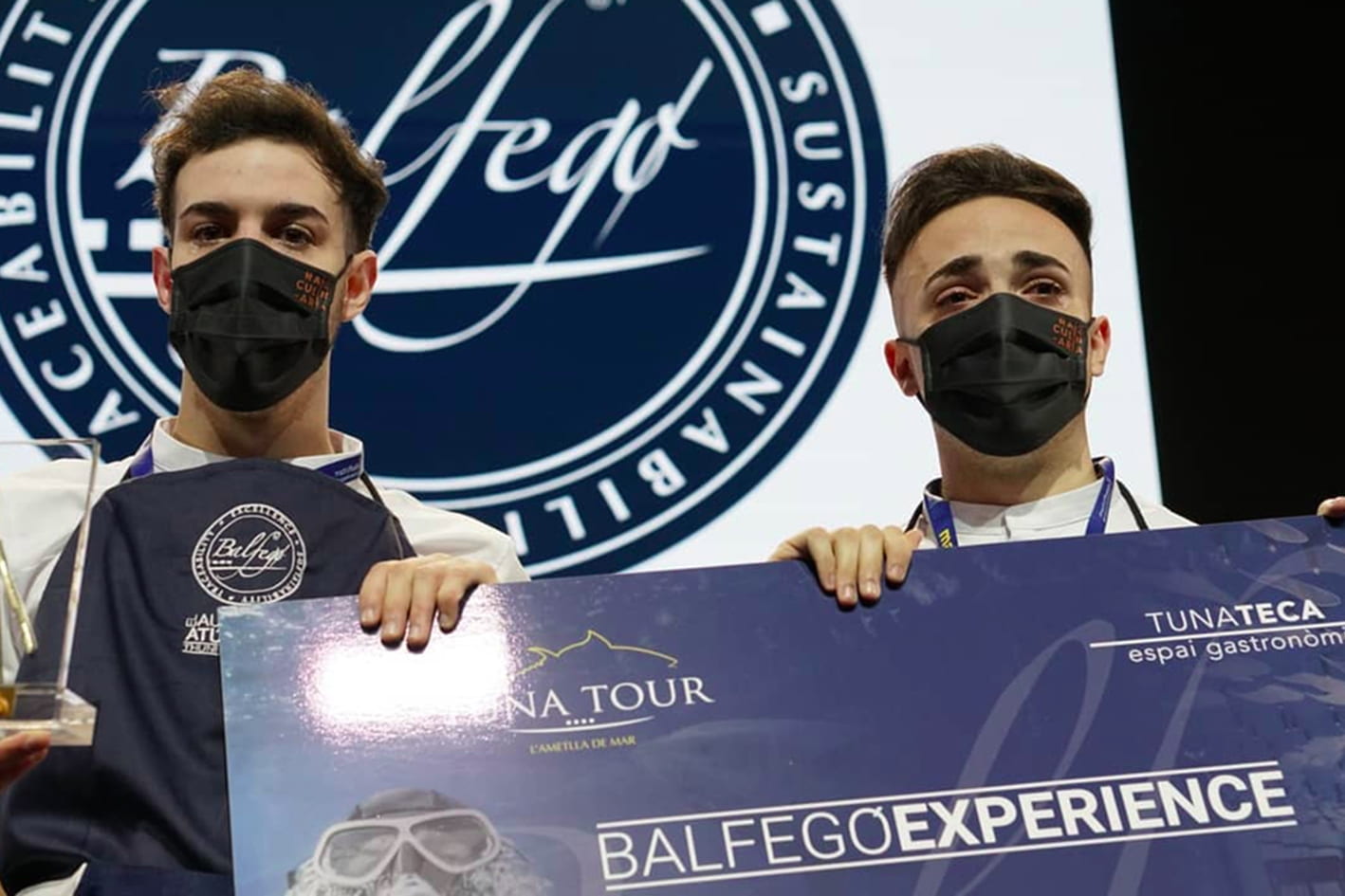 Javi Sanz y Juan Sahuquillo. Two names that have gone from being a promise to becoming a glittering reality. Trained in the Master’s Degree in Gastronomy and Culinary Management at Gasma and in charge of Cañitas Maite Restaurant (located in Casas Ibáñez, Albacete), these two young chefs made history yesterday in Madrid Fusión. Their three awards in a single day, including that of Revelation Chef of the year, represent a unique feat and make them, on their own merits, the great stars of the gastronomic event.

Everything happened in just six hours. Around noon, the Auditorium at Madrid Fusión was the setting chosen to present the 2021 Revelation Chef award. It is, without a doubt, the most important award for those destined to name the chefs who will lead the future of gastronomy. Its record leaves no room for doubt. Not surprisingly, in previous editions the award has fallen into the hands of chefs such as David Muñoz or Ricard Camarena.

During the previous days, their names began to stand out as a favorite and the forecasts were finally confirmed. Javi Sanz and Juan Sahuquillo received the first big news of the day, perhaps the most important. The Revelation Chef award is an important boost to their commitment to revitalize the gastronomy of La Manchuela through a bold, suggestive and contemporary proposal. A proposal in which tradition, ancestral techniques and sustainability are positioned as backbones.

Javi and Juan received the award hugging, in tears, and amidst the joy of the entire young team that makes up Cañitas Group and Cañitas Maite restaurant.

Only four hours later the VII Contest for the Best Joselito Ham Croquette began. Another of the great Madrid Fusión events, since it holds the unofficial title of the best croquette in the world. The seven finalists prepared their version of this well-known dish for the jury to taste in a blind tasting. A jury, by the way, chaired by José Gómez (from Jamones Joselito) and made up, among others, by chef Elena Arzak. Again, the award fell went to the Gasma alumni.

During a previous interview published on our blog, they told us the secrets of a croquette that has become one of the star dishes of their restaurant. The key is in the combination of the best Joselito ham and local products (fresh sheep’s milk and homemade butter).

Two hours later, the icing on the cake. With their emotions still on the surface after an already historic day, they returned to the kitchen. This time to participate in the final of the II National Pickled Contest by Raíz Culinaria-Castilla La Mancha. Their proposal, a Castilian rooster pickled with pickled winter vegetables, once again won over the jury, who declared the creative tandem of Cañitas Maite as the unanimous winner of the contest.

And so, embracing their entire team and before the incredulity and emotion of the public, a historic day ended. 3 awards in just 6 hours, a unique feat at Madrid Fusión, the most important gastronomic congress in the world. Javi Sanz and Juan Sahuquillo have achieved success in just over 20 years. And leading an even younger team.

At Gasma we are convinced that these very young chefs will set the rhythm of gastronomy very soon. That is why we will open our doors to them next Tuesday, when they will share your experience and their culinary philosophy with the students of the Master in Gastronomy and Culinary Management. A training program that they completed just two years ago and that, as they told us a few months ago, helped them to broaden their horizons and refine a gastronomic philosophy rooted in the territory. For many more successes!