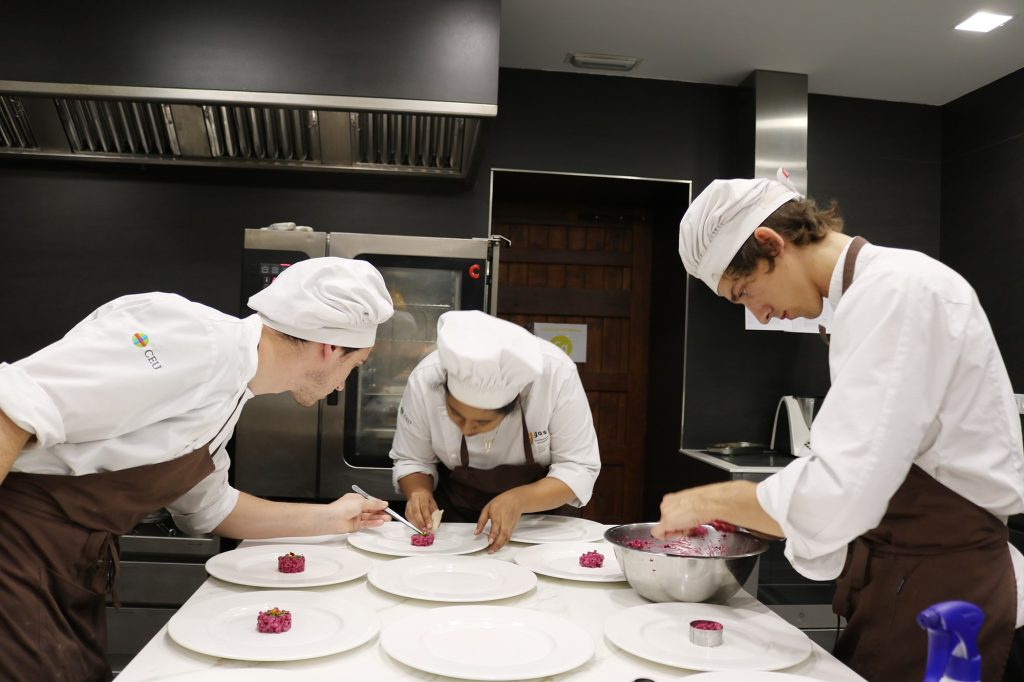 The Gastronomy of the 4 s´

Concerns about healthy eating are among the most important food trends of recent years. Gasma is no stranger to the importance of promoting from the classroom a kitchen that looks at the forefront without forgetting its influence on our health. Therefore, programs such as the Bachelor´s Degree in Gastronomy of Gasma  –  CEU Cardenal Herrera University, instill in students the need for nutrition and gastronomy to always go hand in hand. Next, we reproduce an article about the so-called gastronomy of the 4 S´.

For many years, too many, nutrition, that is, the type of diets, of adequate diet from a healthy point of view, has been absolutely far removed from the gastronomy understood as satisfaction.

For this reason, almost all the indications and suggestions of nutritionists or doctors always clashed with a rejection derived from something as elementary as Professor Grande Covián’s famous phrase: “People will eat what they should if they like it.”

Spain, theoretically the outstanding country of the Mediterranean Diet, currently has the same or more obesity, diabetes and cardiovascular diseases as any other country.

The Gastronomy of the 4 S

Today, this separation has disappeared and gastronomy encompasses the four fundamental aspects of food:

Healthy (Saludable). Without a doubt, what most influences our quality of life and our health is adequate food. According to Dr. Valentín Fuster, nearly 50% of our health depends on what we eat and how we eat it.

Sustainable. It is obvious that there are many ecologically troubling issues, but one of the most important is that there is still food in the future.

Satisfactory.  Thanks to the cuisine of freedom, the author’s cuisine, creative cuisine, gastronomy is currently the only cultural activity that satisfies the five senses.

Once this Global Vision of Gastronomy has been accepted in the 21st century, I would like to dedicate this article to highlighting that there are foods that are extraordinarily positive for certain issues, but which may be negative for others. According to Dr. Valentín Fuster, they have nothing to do with foods that are cardiovascularly fundamental to the consequences that these foods may have, for example, on the issue of obesity.

It therefore proposes that there be two Food Pyramids, one for obesity and its consequences, and one for cardiovascular disease and its risks.

It is obvious that there are foods that are positive for the functioning of the human body, can be very negative for the most characteristic diseases of the modern world. As with olive oil, it would happen with sugar and other foods.

It is essential to bring together nutritionists and chefs to harmonize their knowledge and activities at the service of health.

Nutritionists must tell us what it’s in our best interest to eat to be well and avoid risks. And the cooks, with that “shopping basket”, prepare recipes and proposals that generate satisfaction.

That is exactly the approach of one of Planeta Gastro’s latest books, Healthy Food, where some of the leading medical specialists in Spain have developed the “shopping basket” that people can take after having even suffered from a serious illness.

So, those who have had a heart attack can enjoy eating, as highlighted by the chapter in which Dr. Zamorano proposes the “shopping basket” for that sick man who has already had the heart attack and, no less than Joan Roca, of the Celler de Can Roca , the number one restaurant in the world for two years – prepares an extraordinarily attractive and suggestive menu.

Health and pleasure are not incompatible, but have to be complementary. And not only for physical health but also because sensory pleasure is a fundamental element of psychic balance and happiness.

Eating everything, a little

I end up with another phrase from Grande Covián: “The best diet, the only diet, is to eat everything, little.”

We must keep in mind that this “everything” has to be fundamentally 70% of the plant world, 20% fish and seafood, and 10% meat. Only in this way will we do a proper diet, which will avoid the risks of chronic diseases such as obesity, diabetes or cardiovascular diseases. In addition, we will have the energy and health necessary to develop a positive activity in every way.

Food, because it is, is good. The fundamental thing is to establish the amount and frequency, which depend a lot on the health status of each and, of course, also on the risks that should be avoided.

Extraordinarily serious chronic diseases, obesity, diabetes, and cardiovascular disease are currently being generated. Therefore, when it comes to eating everything, little, let us think, of course, of the positive, to have energy, the ability to project ourselves abroad but, also, let us consider that we must exercise caution and avoid risks.

Knowing how to eat

Gastronomy is as important to the human being in this 21st century, as it has been in the previous ones; but now more, it is worth spending time, effort and study on knowing how to eat.