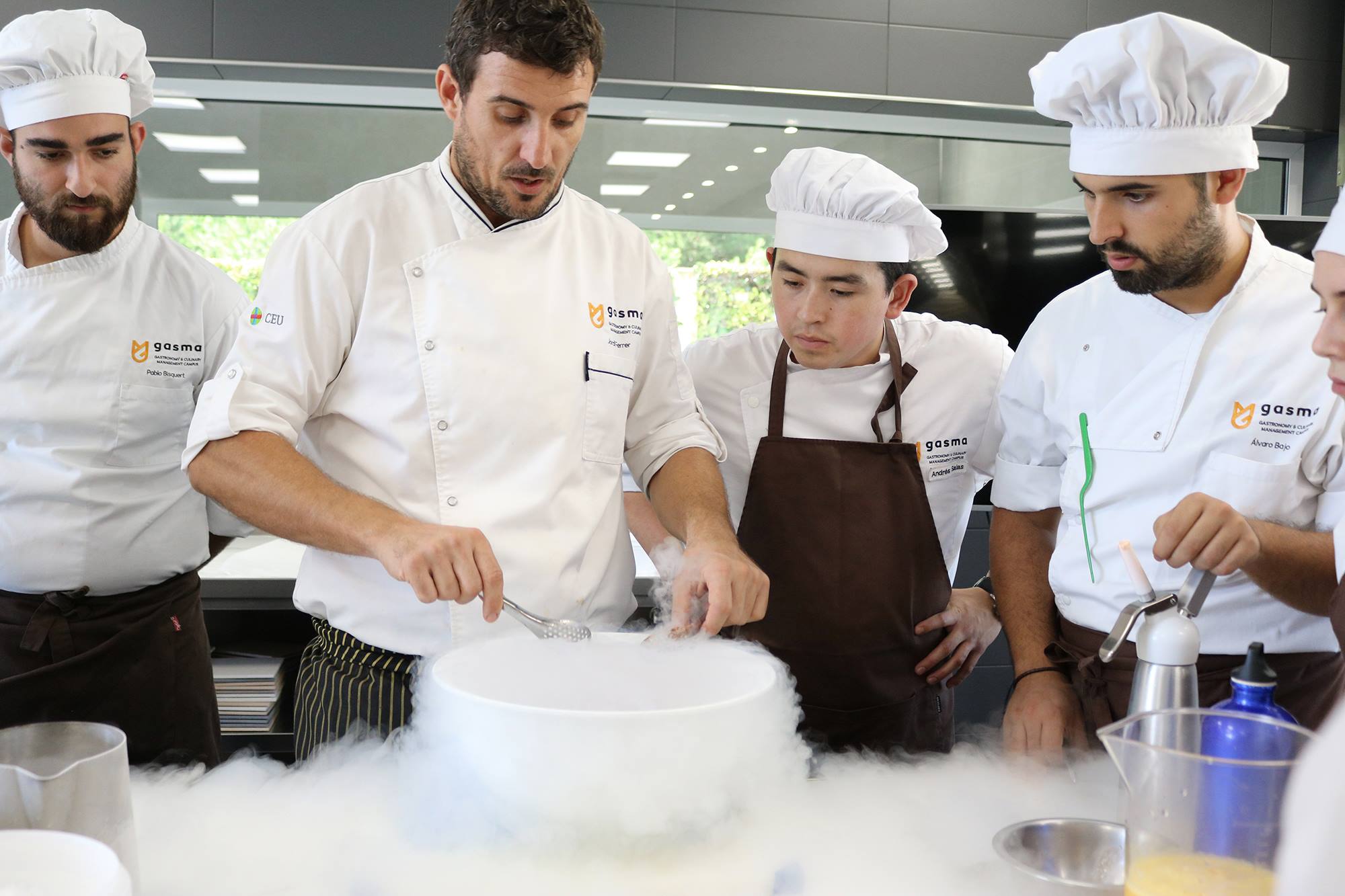 Universities Ranking: The Degree in Gastronomy of Gasma – UCH-CEU rises to number 1

The BBVA Foundation and the Valencian Institute of Economic Research have just made public their prestigious U – Ranking of Spanish Universities  with unbeatable news for Gasma and the CEU Cardenal Herrera University. The study places the Degree in Gastronomy and Culinary Management at the top of the sector in Spain in terms of teaching quality.

In this way, the university degree taught by Gasma and the CEU Cardenal Herrera University climbs a position, from last year’s second position to the summit. The U-Ranking study is the largest and most prestigious of those carried out in Spain. Not for nothing, the BBVA Foundation and the Valencian Institute of Economic Research have been developing, since 2013, this document that currently analyzes in detail 1800 degrees from 70 Spanish universities, public and private.

The ranking of degrees synthesizes in a single index the achievements in teaching and collects other fundamental aspects in the current university landscape, such as the internationalization and job insertion of graduate students.

The consideration of the degree as the highest rated in Spain represents a definitive backing to the bet that Gasma and the CEU Cardenal Herrera University started in 2014. An ambitious bet that in just 6 years has met all expectations. Not for nothing, the Degree is the cornerstone of a project (a reality) that has aimed its efforts to elevate excellence in gastronomy studies and is completed with pioneering Master’s programs and diplomas and expert degrees for professional chefs.

The differential commitment of the Degree in Gastronomy of Gasma – CEU Cardenal Herrera University is fundamentally based on the introduction of culinary management as a cross-cutting element, in direct and daily contact with chefs and industry reference professionals who integrate our Culinary Team, in an innovative methodology that invites learning by doing , in state-of-the-art facilities and in its global vocation. Not for nothing, students from more than 70 countries live together daily on our campus.

Obtaining the first place in the U-Ranking is the result of a common effort among all the people who make up Gasma (students, teachers, administration staff and services), as well as all the companies and institutions that have collaborated by providing means and knowledge.

Therefore, if you want to place a safe bet and study in a Degree in Reference Gastronomy in Spain, we remind you that you can already start the admission process for the next academic year 2021/2022. Your future as a chef os waiting for you in Gasma!