The chef and president of the Advisory Board at Gasma explains his creative process during his Masterclass at the Bachelor’s Degree in Gastronomy (UCH-CEU).

Chef Quique Dacosta is regarded as one of the greatest names in the international cuisine. He understands what it takes to climb right to the top (3 Michelin stars since 2012 and regular presence on the lists of the best restaurants in the world). Dacosta is quite aware of how valuable it is to have the opportunity to train at the highest level and the importance of working tirelessly – «I always find reasons to go to the restaurant» he says, “Push your own limits. There is no glory without effort or creativity without solid knowledge”.

Quique Dacosta, president of the Advisory Board at Gasma, focused his Masterclass for students of the Bachelor’s Degree in Gastronomy in Castellón (Cardenal Herrera Univesity) precisely on creativity. For Dacosta, creativity goes far beyond a compendium of innovative techniques that cover all areas of gastronomy and culinary management. Creativity is also the ability to attract customers or to reformulate the relationship between cuisine and dining services, which are also part of the creative process.

Creativity is also an attitude. The same attitude that made Dacosta travel from Jarandilla de la Vera to his present Denia hometown «with only 2.700 pesetas in my pocket» (approximately 16€) he recalls. When he was just the legal age of employment, Dacosta began scrubbing pots. «Now young people who want to be chefs have references: Ferrán Adriá, Michel Bras or Andoni Luis Aduriz. The way is already paved». His case was different: «I entered the kitchen as a necessity and found my vocation». In a time when the only culinary references came from France or the New Basque Cuisine, vocation and imagination were what fuelled a 17 year old Dacosta to try to gel olive oil and start drawing a future that would ultimately bring him to Denia.

Dacosta was an autodidact out of necessity – «There was no training centre around me nor did I have the resources to pay for it». He was devouring books on French cuisine that were in the restaurant where he worked. By practicing and working hard, he became head chef of El Poblet when he was 19 years old (the same restaurant that in 2008 would change his name to Quique Dacosta). Despite his early success, Dacosta is adamant in his Masterclass: «I wish I had the opportunity to train in a place like this. What I learnt, I had to learn the hard way … You have access to all this knowledge that I did not have. You are all very lucky «. Along the same line, he argues, «If any of my children decided to be a Chef, they would study at Gasma so that their training is based on solid arguments».

Dacosta’s life journey served as the perfect introduction to his Masterclass last May, 12th. His introduction did not mean to lead students from the Bachelor’s Degree in Gastronomy at CEU Cardenal Herrera astray: «I’m talking about creativity,» he said. To Dacosta, the experiences, the territory, the DNA is part of a creative process that has its highest expression in the kitchen. When speaking of creativity applied to the kitchen, we need to refer to knowledge, «the knowledge that is necessary to ensure that the next step in your training is not a strike of luck”.

Creativity flows on the basis of existing knowledge, speech, nonconformity and imagination. This creativity is necessary for Dacosta to translate the Denia landscapes surrounding his restaurant into a dish. It is also necessary to merge art and cuisine or finding inspiration to turn an emoticon into a snack. During his Masterclass, the President of the Advisory Board at Gasma used words but also his work, his creations. Before the eyes of the students and assisted by his team -a chef hardly ever walks alone- Dacosta prepared some of the dishes from his 3 Michelin Star menu: ‘Tomate Aplastao’ (crushed tomato) or grilled prawn with green curry stew, avocado and corn. Culinary elaborations where creativity is not a pretext, but a storyline. 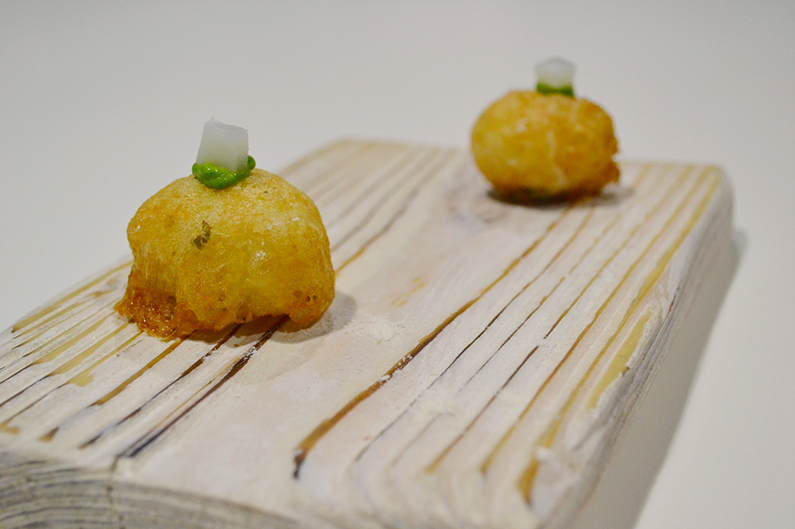 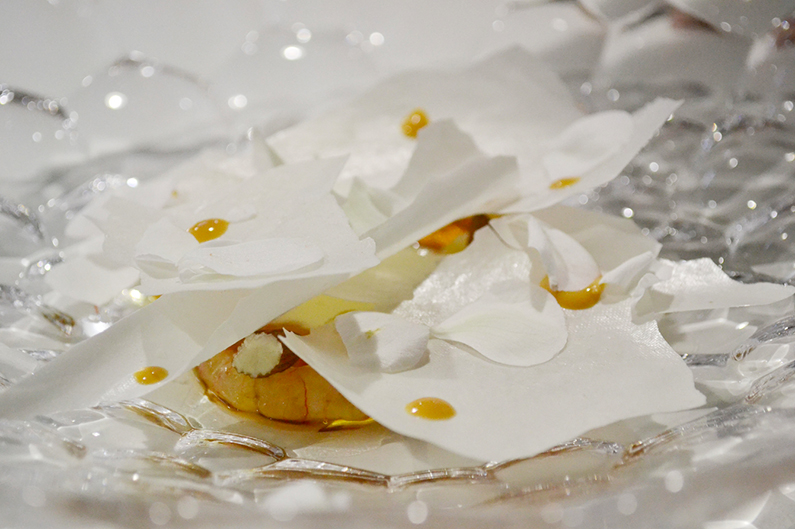